You are here: Home / People 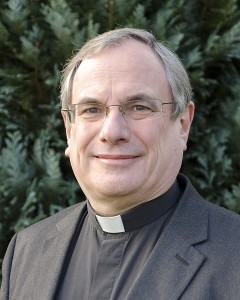 Christopher Hardwick, Vicar of Tavistock, Gulworthy and Brent Tor, was ordained in 1992 in the diocese of Worcester having trained at Ripon College, Cuddesdon, Oxford, following a career in banking and finance. Chris has a Ph.D in Theology from Birmingham University and has held posts in the dioceses of Worcester, Truro and Exeter, before moving with his wife and family to Tavistock in 2015.  He has served as a Church Commissioner, member of General Synod, and Cathedral Dean. Recreationally, Chris enjoys choral music, current affairs, reading, cooking and entertaining. 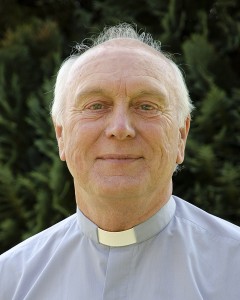 Mike has been a Physics teacher and lecturer for most of his life together with a short spell spent in business management. Much of his teaching has been in the UK, but he has also spent time teaching in Jerusalem, Kenya and Cyprus. He was ordained Deacon at Saint Paul’s Cathedral in Nicosia, where he then served as Assistant Chaplain, and since returning to Tavistock has served as Assistant Curate first as Deacon and latterly as Assistant Priest. He was co-founder of both the South East Essex and then Tavistock Astronomical Societies, and has been a keen radio amateur (G8ONR). He has three adult Christian children, eight grandchildren and is married to Joy. 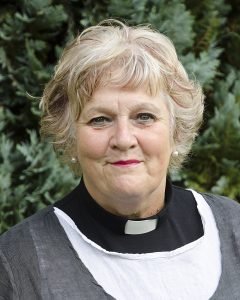 I was baptised at St John the Baptist Randwick Gloucestershire in 1950, and confirmed at All Saints Selsley Gloucestershire in 1960. I have been a Christian all of my life and from an early age have sung in church choirs. On moving to Devon I joined the congregation of St Mary the Virgin, Bickleigh Plymouth where I was soon involved with the choir and church life. In the year 2000 after a three year training I was licensed as a Reader to the Benefice and it was here that a great deal of my Christian formation grew.

On moving to Tavistock my license was transferred and it has been a great joy to serve as a Reader. On retirement I thought life would become easier but God called me again and in September 2016 I am to be ordained deacon in Exeter Cathedral.

The majority of my working life was in nursing, but in 2005 after a strong call from God I became the Rural Officer for the Diocese a post much blessed as I took the love of Jesus Christ into all the areas I worked in. 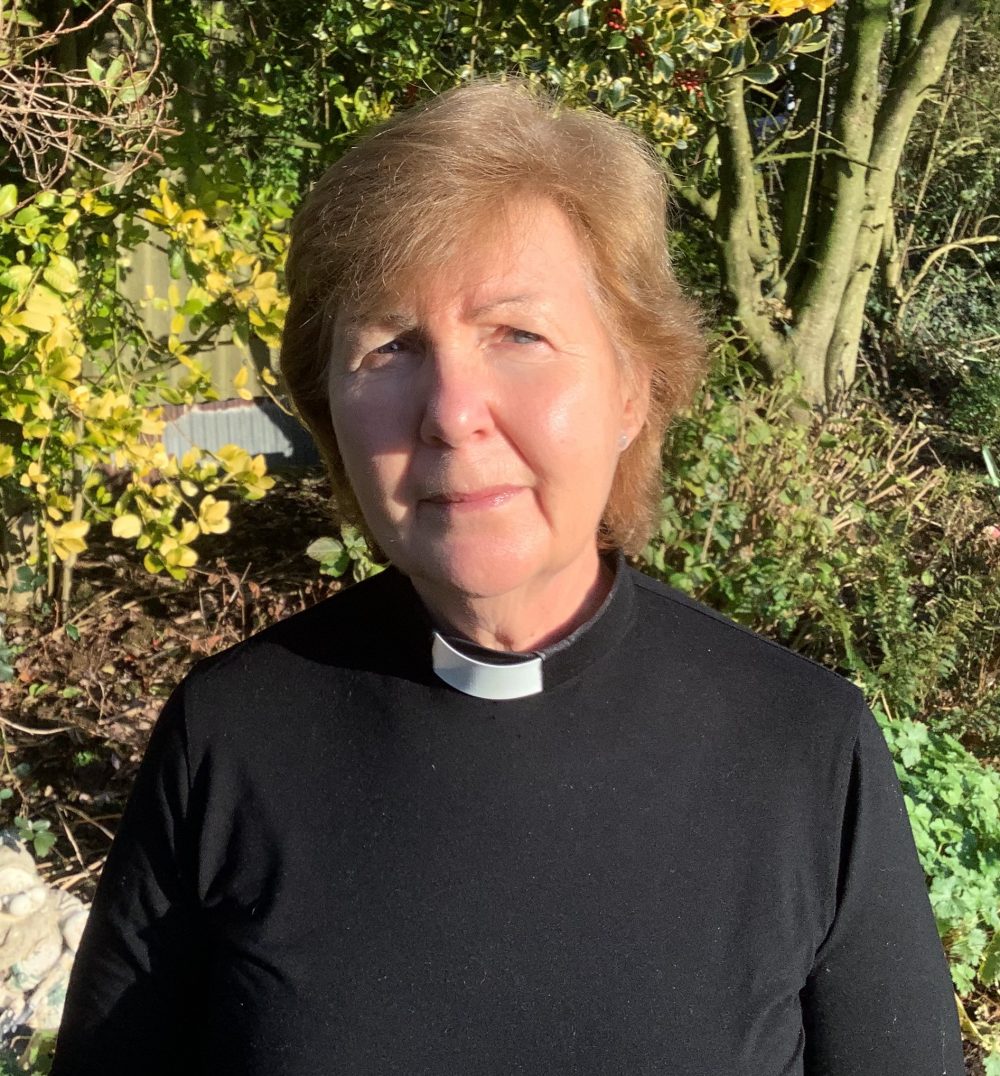 I grew up in the village of Brixton near Plymouth.  I was baptised, confirmed and married in the local church of St Marys. In later years our daughter Helen was also baptised in St Mary’s and my husband Peter was confirmed there.  My mother, brother and sister in law still live in the village.

The church stands as a focal point of the village and was a huge part of my early life. I served as a Sunday school teacher and began my hobby of flower arranging  by filling jam jars of flowers for the church porch it was in St Mary’s that my Christian journey of faith began.
Peter and I were married in 1981 and we moved to Higher Woodley Farm in 1983 where we joined the congregation of St Paul’s Church in Gulworthy.

We have two children Helen married to David and Philip married to Sally, and 4 wonderful grandchildren.

My working life has been spent mostly in Childcare in Nurseries and schools both in Tavistock and Plymouth leaving to set up our farmhouse Bed and Breakfast. My journey to ministry has involved me being a Churchwarden and PCC secretary for St Paul’s and a member of the benefice Pastoral care team. I was invited to consider Ordination.  It took me a long time to listen to God and to accept that I was being called to ordination. I was accepted for training and the journey was transforming leading to my ordination in Exeter Cathedral in 2017 and to the Priesthood in 2018.
It is a great joy, I feel very privileged to serve in Tavistock, Gulworthy and Brent Tor. 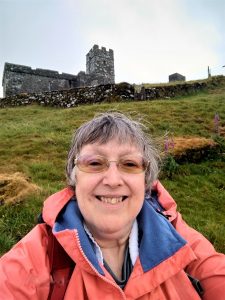 Hazel has lived in Mary Tavy with her husband Nick for the last 6 years serving as a licensed Reader in Mary and Peter Tavy and assisting with Brentor services. They moved from Aylesbury where, among other things, Hazel worked as a GP in the community and in the local hospice. She retired early following a tough cancer journey during which she felt called to Christian ministry. This developed into a delightful ministry mainly within care homes around Aylesbury. On moving to Mary Tavy, Hazel was encouraged, initially by the late Revd John Higman to consider ordained ministry. Nick and Hazel have two daughters, Marian Elizabeth and Rachel. Marian works as an actor and lives in South London and Rachel is married to Dan. They moved to Kenya with their 2 sons Josh and Zac in 2019. They live and work at St Andrew’s international school, in the Kenyan highlands. Nick is a parish councillor, allotment holder and a chess coach. They enjoy narrowboating, singing and chatting to the family via zoom. 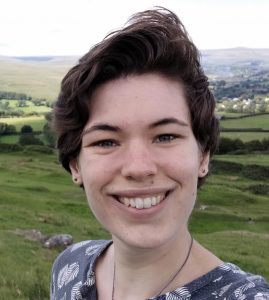 Rosie grew up in rural Northamptonshire, attending the local Baptist church with her family, before being introduced to the Church of England by working at Launde Abbey, a retreat house in Leicestershire, for a year. After studying theology as an undergraduate in Exeter, she worked for the Bishop of Coventry for a year, before returning to Exeter and working in mental health administration for the NHS. Rosie trained for ordination at Cranmer Hall in Durham, and completed an MA alongside more practical learning and placements. In her spare time, she enjoys running and walking, playing board games with friends, and setting the world to rights over a pint in the pub.

Born in a Welsh mining village, Wendy Roderick attended both chapel and church with her parents within weeks of her birth; she describes God as being a presence in her life from as far back as she can remember, eventually graduating in Education and Theology. She played the organ at various services since she was a teenager and enjoyed singing whenever she could. She joined the St Eustachius’ Ministry Team in 2007 as part of Reader training and never left! She has served as a Reader in the UK and in the Diocese of Cyprus and the Gulf and is particularly interested in interfaith dialogue, having lived and worked in the Middle East for several years.

An experienced Headteacher and English specialist, Wendy has led school improvement projects in Africa, Arabia, Asia and Europe and is a school inspector. Wendy is married to Peter Hake, a retired biologist, and they have two children – Hannah, a doctor, and Jonathon, a Chemistry teacher. In her spare time she loves travelling, reading, playing the piano, cooking for family and friends, and designing and making jewellery using glass beads and semi-precious stones. She lives in Lifton with Peter and their two cats – Oscar and Olive – and genuinely appreciates being involved with the Friends of St Eustachius’. 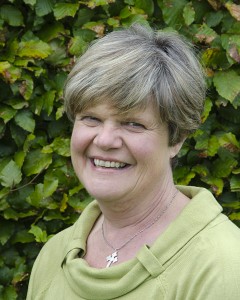 Sally became a Reader in 2011 and serves in the Tavy Mission Team. She particularly enjoys supporting young families and her vocation has led her to organise an annual family community camp, youth group and youth band. She is a Governor of Mary Tavy and Brentor Primary school.

Sally originally trained as a Home Economics teacher working for many years in the food industry alongside teaching part-time. Nowdays she and Christopher offer hospitality and refreshments to visitors, providing holiday cottages and B&B accommodation. She is also the local ambassador for St Luke’s Hospice and a keen supporter of CHICKS, Brentor. 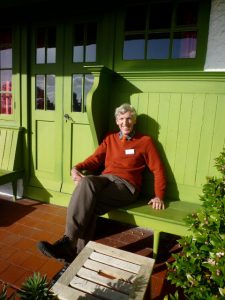 Christopher is a chartered architect with a passion for heritage, following his vocation to Reader ministry. He has served all churches in the Tavy Mission Community since 2011 whilst working as the TTHI Project Manager and helping his wife Sally to welcome all their guests.

As architect for four Dartmoor churches, Christopher is exploring his vocation to a ‘walking’ ministry. 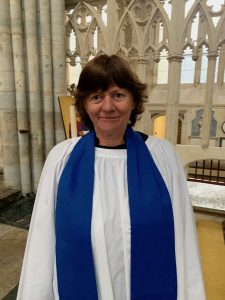 The family lived, the first 3 years of my life with my Grandparents in the rectory at Little Petherick, near Padstow. Grandpa was the Rector until his retirement when we moved to the beautiful Teign Valley in Devon. Although we now had our own home, we spent many happy hours with my Grandparents who were foundational in encouraging my belief in a loving God.

I trained in Birmingham as a Physiotherapist and remember coming out of church one Sunday thinking, ‘There must be more to God than this!’ Having qualified, married and moved back to Exeter, I underwent a time of searching, attending first a Charismatic House church and then a Pentecostal church. Thus, I was introduced to the Holy Spirit who turned my life from black and white to glorious technicolour. However, my roots were in the Church of England to which I returned, wlage church.

For the last 3 years I have trained with the SWMTC as a Lay Reader. I was welcomed to St Eustachius for my Summer Placement and having moved into the area, I asked if I could stay. I felt as if I had truly found my spiritual home.

I now live with the middle of my 3 daughters, her husband and 3, of my 4 gorgeous Grandchildren. 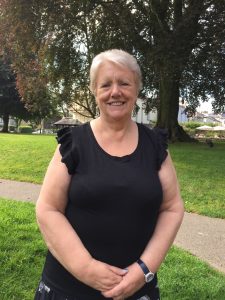 I was taken to church by my parents when I was young and have been going ever since, my life doesn’t feel right without it. I was a chorister in Plymouth, a Sunday School teacher and a Guider. When I moved to Bere Alston I went to Gulworthy Church, where we had friends, but I missed being in a choir so eventually I moved to St Eustachius’ where I’ve been for the last twenty odd years, the last two and a bit as Churchwarden, I job which I really enjoy and feel very privileged to do. Apart from singing in the choir I am also the Verger and one of the regular Stewards that we have in Church during the summer, meeting people from all over the world and showing them our beautiful Church.

As you can imagine all this takes up a great deal of my time, but I am lucky enough to be fully supported in all I do by my lovely husband Graham. 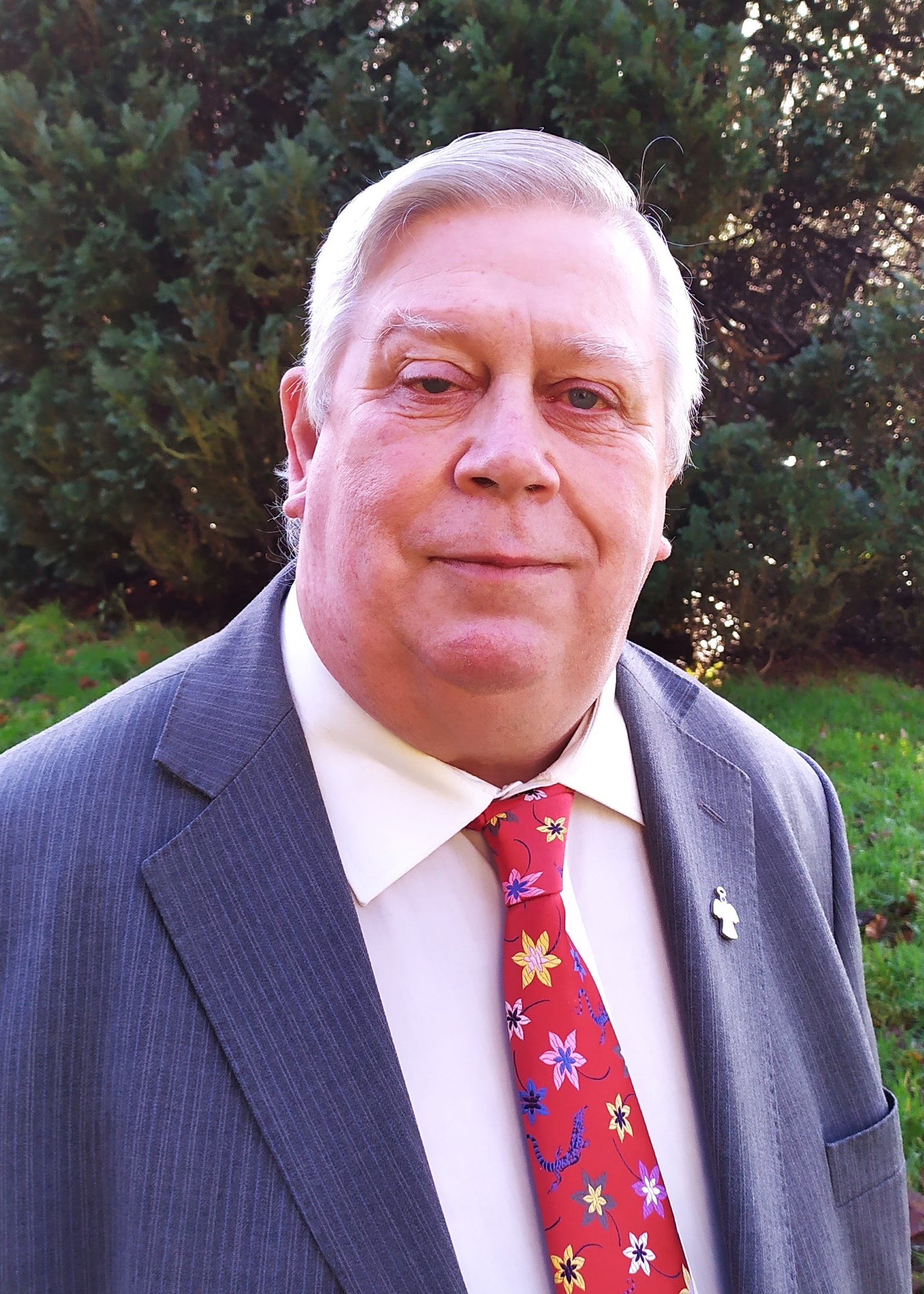 I was born in Plymouth a while back. Between then and 1970 we moved house several times and I went to several schools. I had little idea of my career prospects but likely that I would follow in my fathers footsteps and join the navy. So, it was no surprise when in March 1971  I committed myself to being shouted at, running around everywhere at all times day (or night) and pretending that I was enjoying every minute. Well, I stuck at it and completed 25 years visiting every country available and getting paid for it. Back in 1979 I got married to Mary (Senior Churchwarden) and as she was a regular churchgoer it didn’t take long for me to get more involved in church activities.

I now attend St Eustachius’ church in Tavistock and  my CV includes…..Crucifer, Concert Manager, Planned Giving Officer, and Sidesman. I am the representative on the Deanery and Diocesan Synod and most recently have been elected to the rank of Churchwarden  (2nd I/C to Mary). 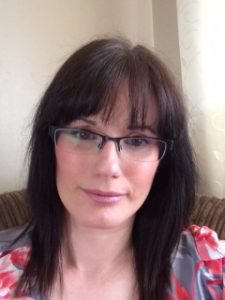 Originally from the Scottish Borders, Fiona spent ten years in the Army before moving down to Devon.  Raised within the Presbyterian tradition, Fiona has spent the last ten years getting to know and love the Anglo-Catholic tradition.  As our Children and Families Worker, Fiona is developing our parish relationship with local schools and communities, working with our Vestry Group, Messy Church and choir, to name but a few.  Fiona loves academic theology and is currently studying a Bachelors in Divinity, as well as discerning her call to ordained ministry. In her spare time Fiona enjoys going to the gym and watching T.V